Painting a Portrait From Multiple Photos

Painting a Portrait From Multiple Photos 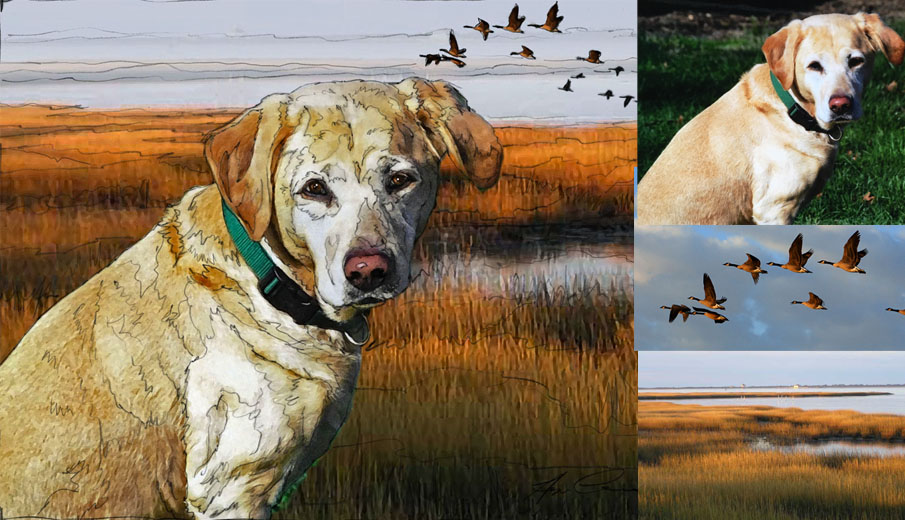 Tara was a sweet Lab, and a devoted hunting companion for her humans. I was asked to paint her a few weeks after she had passed away. The idea was to paint Tara in an environment that spoke to her love of duck hunting. But the photos we had of her were all we had to work with. In the end, I combined a photo of Tara with two other images of a marshy landscape and ducks flying overhead to create the sketch shown. I also used additional photos of other labs, to fill in some visual information that was missing in Tara’s photo when it came to details in the completed painting.

Keep in touch for updates and special offers

Visit my shop on Etsy to order commission a painting or to see art I currently have on sale.

Visit Fine Arts Americas
to find prints of my work